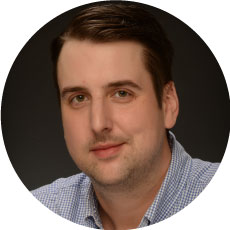 Adam was a Sales Representative in the industrial distribution market.  Prior to his role with Muirfield Energy, he worked as a Regional Sales Manager for the northeastern U.S. with AIV LP from 2018 to 2020.  During his position as an Outside Sales Representative for a valve manufacturer in 2018, he implemented sales strategies for a new branch in Houston Texas which exceeded its sales goals by 35% per quarter.  He was promoted from an On-Site Sales Representative to a Regional Project Supervisor during his tenure at MRC Global from 2013 through 2017 due to his ability to save his customers from $150,000 to $200,000 per quarter.

Adam has relocated from West Virginia to Ohio.  He enjoys spending time with his dog outdoors, working out and is a sports fanatic.

Adam attended the University of Charleston and West Virginia State University in pursuit of an Associate’s Degree in Business Administration.