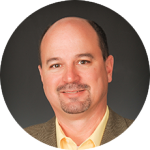 Dan spent 27 years with Duke Energy, including roles as Managing Director for Duke Energy Generation Services and Vice President for Duke Energy Industrial Sales, LLC. While there, he built and managed a client-focused coal sales business with three employees that ultimately accounted for $75 million in revenue.

Dan and his wife, Cindy, are avid travelers and have been to Africa , China, Europe, the Caribbean, and Central America, as well as more than half of the United States.

Dan is a Registered Professional Engineer in Ohio and accredited as a Certified Energy Manager by the American Association of Energy Engineers.

Dan makes a commitment to give back every year.  From July 16, 2018 through July 20,  2018, Dan and his son, Daniel, along with other members of his Church (Hickory Grove Baptist Church in Independence, KY) went on a mission trip to Mexico.  Dan & his son Daniel (who works at Back2Back) returned to the Rancho De Los Ninos in Mazatlan, Mexico, where they volunteered last year.  Rancho de Los Ninos is an orphanage for handicapped children in Mexico.  Included in these pictures is the building which Dan was part of constructing last year and he and his son also performing more construction work this year at the same orphanage.  The painting work that they performed was at an all day care facility called Roots & Wings, which serves children of parents who are in extreme poverty.  The mission of Roots & Wings is to help prevent the breakdown of families, which often leads to children being abandoned.  You will also see some of the things that they did to the facility this year.  They even spent the time to connect with the children.  Dan gave a blind child a message, they also stopped to help feed the children snacks during the day, and even chaperoned children for an outing to a pool.

Muirfield Energy’s employees commitment to helping others is exceptional.  As a company, we are very proud of the volunteer efforts that our employees put forth throughout the year.

You can catch up with Dan at the following events:

There are no upcoming events at this time.